Brief meeting with the two companions who have very warmly accepted to pose in front of the lens of our photographer, we took the opportunity to make a retrospective of their career and know a little more about their current projects.

NOW – ECAL and Political Science? You both changed your path, was it inevitable?
VV – I wouldn’t call it a change of path, more a less traditional direction. My training at the ECAL sharpened my eye, gave me a sense of the image, learned the history of art, tools that I use daily.
VK – I followed the political science course to delay the moment of choosing a career, to continue learning. And one day, the call of the scene, of the play, was too strong and I forked. But I still use what I learned on the benches of the University on a daily basis.

NOW – You are celebrating this year the 10th anniversary of 120 seconds, did you imagine such a success?
VV – Never, no. We are very happy and lucky to be able to do this ten years later thanks to the public which follows us, but it was not imaginable in the first place.
VK – There was indeed no ambition about the duration. I always made plans for the year or two to come, rarely beyond. Today, I can project myself in three or four years, but it depends only on the acceptance of the public to continue to follow us.

NOW – You both have several strings to your bow – comedian, actor, humorist, director, and even author for Vincent Golay – a preference or are they all inseparable?
VV – They feed each other. Each project is unique, calls upon other muscles, but the common point is creativity: to invent, to tell a story and if possible to make people laugh a little.
VK – Our experiences are complementary and feed each other to be put at the service of our projects. And as they are generally insufficient, we systematically call upon those of others.

NOW – Have you recently moved into short, medium and feature films? Synonymous with a reconversion? Tell us about the film.
VV – We have a film project in the works, a buddy movie featuring Vincent and I as policemen conducting an investigation in the early 20th century in the Vaud countryside. An adaptation of a novel. We are crossing our fingers that the project will succeed and as we are superstitious, we won’t say more.
VK – Vincent has already said too much.

NOW – Which of your characters do you have the most affection for?
VV – They all have something special. I would hate to have to choose.
VK – When a new character comes along, they have the affection of discovery.

NOW – Did you censor yourself for certain sketches? Is it still possible today to laugh at everything? But maybe not with everyone?
VV – We notice a certain tension since the beginning of the pandemic, that something changes a little in the reception of some of our sketches. But otherwise, for the last ten years, our standard of measurement is good taste, the interest of the commentary, the relevance of the subject. It’s hard to deal with a news story, for example. There is not much to say about it.
VK – And about humor, when we write a sketch, it is necessary above all that it makes us laugh. If it is the case, we go for it and we have the chance that rather often, the public follows us.

NOW- Already a retrospective of your career last August, we say to ourselves it is the consecration or we take a blow of old?
VV – We say to ourselves “damn, already 10 years?” so yes a little bit old. We don’t really have the habit of congratulating ourselves. Except when we are only the two, a little drunk.
VK – We are nevertheless happy that it lasts.

NOW – Recent collaborations with Stephan Eicher, Zep, you have many projects in parallel, do you want to tell us a little more?
VV – With Zep, I had the chance to play Jesus in a mini-series. To serve and act. It was a great experience. With Stephan Eicher, in a completely different register, we produced and directed an artistic film in the middle of summer 2020: a kind of journey in nature with many of Stephan’s friends, musicians, dancers, acrobats. It was an opportunity to do something else, while keeping our touch and agility in terms of image production.

NOW – A project, a dream not yet realized?
VV – Climbing the Matterhorn.
VK – I would love to accompany Vincent. But there would probably be too much work to tame my vertigo.

NOW – What do you think would be the best next step in your respective careers?
VV – To continue to work together and support each other in parallel projects. To be able to breathe artistically and therefore live together as long as possible!
VK – Nothing to add.

Another news, that of a book: Portraits de 120” gathering a selection of photo portraits of 70 characters played by Vincent Kucholl and Vincent Veillon during their ten years of collaboration on RTS. A very nice book realized by the photographers Anne Sophie and Benoît de Rous. 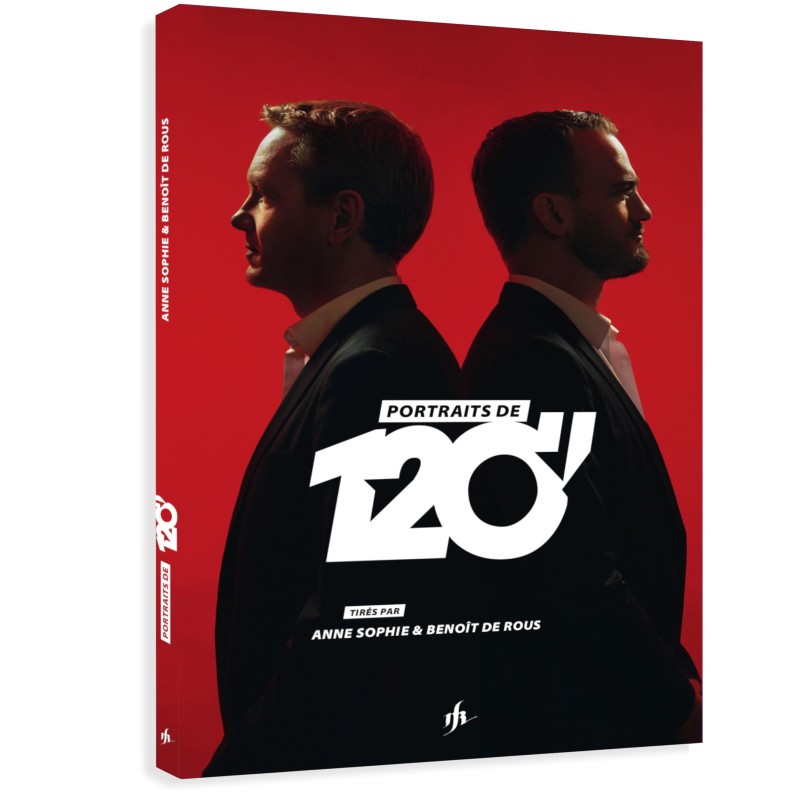