Meeting with the author Simona Brunel-Ferrarelli who signs a second strong and instinctive novel: La Chienne-Mère published by Editions Slatkine.

Simona Brunel-Ferrarelli joined us, accompanied by her dog Luna, a beautiful Golden Retriever, which was her great inspiration for writing her latest novel, La Chienne-Mère. This book is about a relationship between a mother and a daughter, deals with the intrinsic violence of a family, the difficulties of finding a place in society, a fatal path towards delinquency. The adoption of a dog with uncompromising love will create a strong bond with the little girl, in hopes for the best. But will this be the case?  A story built in the manner of a Greek tragedy supported by sharp words that the author twirls with skill to hit every page. Maternal love at the heart of the debate, a reflection on the role of love before it even exists.

NOW – How did this love for literature come about?
SBR – I was born into a family of intellectuals with extremely high cultural standards. We didn’t have a TV at home, so we were obliged to read, and at 14, I had already read a lot and acquired important literary knowledge.

NOW – And what would you have chosen if you had not studied literature?
SBR – I dreamed of being a midwife or an actress, but my parents had decided that I should go to law school or to Science-Po, so I followed their wishes and started studying at Science-Po, but after the end of my first year I failed my exams, so they let me take the literary path.

NOW – You were a French literature teacher, how did you get your students to love this subject?
SBR – The program of the federal maturity was very strict but according to me, knowledge is not transmitted, it is faculties that are awakened. For example, for poetry and Baudelaire, I would look far and wide to see what could bring students to love poetry, like the interest in music, I tried to arouse a pleasure before culture and knowledge.

NOW – How do we become a writer?
SBR – You mean how does one get his first book published? Because writing has always been there, first at a very young age with little diaries and then around 25 years old with many plays, then a first novel at 28 years old. The first book I wanted to have published was Les Battantes before that, it was for the pleasure of writing, it was very selfish.

NOW – Is a second novel a bit like a second birth, you have less fear and feels more serene?
SBR – Not at all, I wasn’t ready for the first one and I was very nervous about the second one! The first novel, I wanted to be published, but I did not believe in it, a little like a bottle in the sea, we shall see. I had the pressure for the second one, I was going in circles and finally, I said to myself: “too bad, write as usual, and at worst, you will be an author who will have written only one book”. I let go and wrote La Chienne-Mère in three months.

NOW – How the story of La Chienne-Mère came about?
SBR – The subject has been there since Les Battantes, it was originally called Les Ventrues (the bellies), I wanted to talk about these women from the south of Italy, who have this painful maternity, faced violence, losing their children and keep the only memory of the pregnancy. I erased, I erased and nothing pleased me and one day, I look at my dog Luna who is always at my feet and as if in a second state, I had the final image of the book of this dog who defends his owner. From there, I reconstructed the whole novel on a link between a little girl and her dog. I kept very few of these women in the book.

NOW– You named the dog Mother, which allows you to capitalize it, in contradiction with the mother of the main character who will not get this distinction.
SBR – Yes, it was important, we have an instinct that sometimes we neglect, I tried to translate, to testify to the very strong feelings that my dog taught me, she helped me to overcome very difficult moments in my life. Luna has this attitude, she protects me and confort me. I wanted to praise this primordial instinct.

NOW– Greek tragedy is omnipresent in the book!
SBR – Yes indeed, my favorite literary work is Phaedra, I am very keen of Greek tragedy. I am not very romantic, I need strong emotions, but sometimes, the death of a bandit can be very romantic (laughs).

NOW – Do you think it is taboo to talk about mothers who do not feel love for their child, is love genetic? Or on the contrary a learning process over time?
SBR – Maternal love is not genetic, it is a matter of possibilities, depending on places, socio-cultural and geopolitical contexts, such as women who are raped and who give birth, I wonder deeply about their fate. I did not want to stigmatize, but to raise the question in a general way. It is indeed taboo, in the society in which we live, we must always be a good mother.

NOW – You spoke of your devotion about the writer Albert Camus, you wanted to bring “The Stranger” into your book with the character Sahi? After all, aren’t we all refugees from a country or from a heart?
SBR – I didn’t do it on purpose in this book but it’s true, I adhere to all of Albert Camus’ ideas, it sticks to me, I know all of his work and it took me a long time to get rid of his writing rhythm. I had to come out of the tunnel, a kind of little death, a depression, to appropriate my life, to find my style, my way of writing, it is more personal today.

NOW – How do you write your novels? Did you start with the story with the scenario or on the contrary it was built up as you went along?
SBR – It starts with an initial idea, what I want to denounce and from that, I write on my notes, I gather the bits and pieces, little puzzle pieces that I turn over to put them together. The characters are tools, they are only there to tell something, an emotion.

NOW – Do you find it hard to get out of your book and start another one?
SBR – Not at all, it’s very easy, I close the book and am already on my next novel.

NOW – Your novel is published by the Geneva publishing house Slatkine, it all started with a nice anecdote.
SBR – Yes, I loved the Slatkine bookstore in rue des Chaudronniers, it was a place where I liked to go, the beautiful books, the stories, and when I got married I asked to put only beautiful books from Slatkine on my wedding list. I am very happy with my publisher Slatkine to whom I pay tribute! When I was 20 years old, I dreamed that one day Slatkine would be my publisher, and now that I’m there, I’m staying there. It’s the best, I feel honored to be with them. 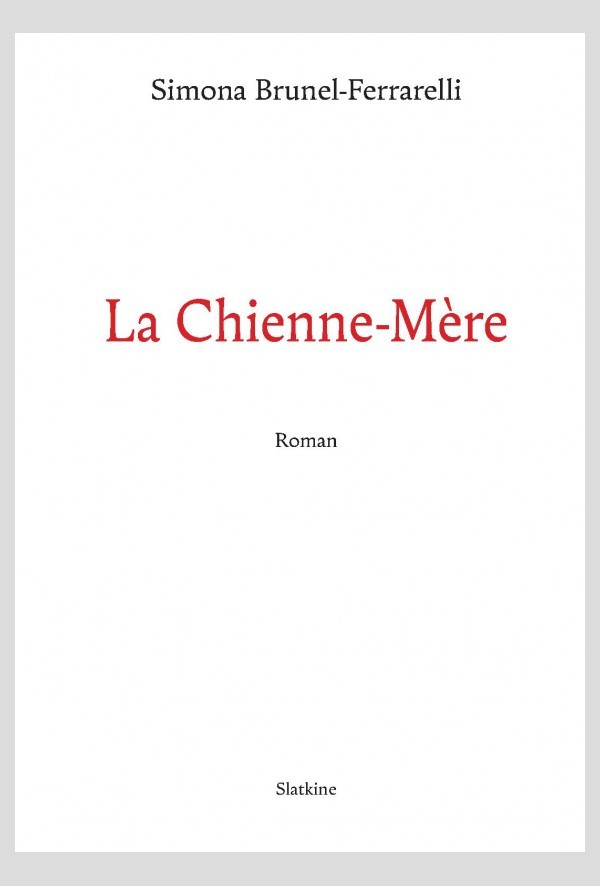