The crowning of Rolex

This is the story of the frenetic creativity of a watch that evolves with innovation while remaining timeless.

Swayed by cold waters, carried to the highest peaks, plunged into the depths of the earth and brought to the most famous sports fields, the watch with the crown meets challenges at the limits of human capabilities.
In its constant quest for technical prowess, it has always been associated with people whose goal is to achieve exceptional feats.

With twenty Grand Slam trophies, two Olympic medals and more than 1,200 matches won, Roger Federer is a tennis player who combines elegance with performance.
For nearly 16 years he has also been a Rolex ambassador, following in the footsteps of such greats as Mercedes Gleitze, Sir Edmund Hillary and Sherpa Tensing Norgay, and Don Walsh and Jacques Piccard.
Worn on the wrists of John Fitzgerald Kennedy, Fidel Castro, Naomi Campbell, James Bond, Coluche and even Pope Benedict XVI, the Rolex watch is undeniably one of the most iconic players in the watch industry.

An icon of prosperity and social success, it has reinvented itself throughout its history, at first supported by technical avant-gardism, then by traditional Swiss know-how. However, it is not so Swiss, at least not entirely. Let’s go back in time to find out more.
The history of Rolex begins with a young Bavarian, Hans Wilsdorf.
Born in 1881, he spent his early years in a carefree and free atmosphere. Unfortunately, he soon loses both his parents and is put under the guardianship of his uncles, who send him to a boarding school to ensure a prosperous future. After an apprenticeship in a pearl company, he found his first job in La Chaux-de-Fonds, the epicenter of watchmaking at that time.
He joined the teams of the watch exporter Cuno Korten and spent his days talking to customers, winding watches and checking their precision. If all the elements seem to be gathered for the creation of a watchmaking House, the history of Rolex will not begin immediately! But let’s not skip any steps.

In 1903, Hans Wilsdorf left his adopted Switzerland to settle in England.
At first he worked as an employee in a watch company, but soon wanted to start his own watch manufacturing business. In his brother-in-law Alfred Davis, he found financial support and a business partner, and opened the company under the name of Wilsdorf & Davis Ltd.
Thus, it is by mixing the British commercial know-how, the quality of the Swiss know-how and the German principles of management that Hans Wilsdorf at 24 years old founds the one which will become Rolex and will undeniably revolutionize the international watchmaking landscape.

Fascinated by watchmaking mechanics, Hans Wilsdorf decided to go against the tide from the very beginning of his business. More concretely, while the world swore only by pocket watches, he decided to specialize in wristwatches.
Although this model already existed, it was mostly reserved for women and had the status of a jewel, rather than an epicenter of technical prowess. Believing strongly in these small mechanisms attached to the wrist, the visionary set himself the goal of proving their precision and sturdiness despite the elegance and practicality of their size. This goal was achieved thanks to a partnership with the Aegler factory in Bienne. Why Switzerland, when he is based in London?

Simply because the Swiss craftsmen were the only ones who had the skills to make these tiny mechanical movements!
But let’s go back to the key moment in history: 1908, the year Rolex became Rolex.

We could have had a story of symbolism, hidden meaning or a mythological reference, it is not. The five-letter name is simply an invention of the genius Wilsdorf. As the company was starting to gain its first customers, the young German wanted to find a name that was functional, simple and easy to pronounce in all languages – and yes, he was already thinking of conquering the world with his dials! One day, while riding in an omnibus along Cheapside, the name “Rolex” came to his mind. A few days later, he was dropped off.

Once the brand name was found, it was now necessary to prove the quality of the movements and the precision of the mechanisms contained in the small cases. The first step was successfully taken in 1910 when the Bureau de contrôle de la marche des montres de Bienne issued a chronometry certificate, which was confirmed in 1914 with the Class “A” certificate from the Kew Observatory in Great Britain.
Very prestigious at the time, it was the first certification for wristwatches ever issued! Then, you have to seduce your contemporaries to take their traditional gousset out of their pocket!
It may seem contradictory, but it is indeed the war that will give a boost to Rolex. Even two.

Let’s start with the first one. Heavily equipped and counting every second of their time, the fighters have neither the space nor the time to take out their pocket watches. Yet they need to be perfectly synchronized. The solution? A watch on the wrist! And no one will say it’s only for women, once it lands on the forearm of the hairy ones.

Secondly, it was also the war that put Rolex on the list of Swiss brands. And yes, while the United Kingdom introduced a 33% tax on imported products for the war effort, Hans Wilsdorf decided to move closer to his suppliers, concentrated in the Swiss watchmaking area.
Thus was born the company Montres Rolex S.A. in 1920 to be crowned with success, both figuratively and literally, since the five-pointed symbol was added in 1931.

From the depths to the sky

Rolex then embarked on a whirlwind quest for innovation to create watches that were ever more visually elegant and technically sophisticated, with numerous resistant complications.
Like the movement of the second hand, Hans Wilsdorf works with precision without rushing.
An ingenious industrialist, he is also a fine marketing specialist. Who better to convey the values of his brand than explorers, whose sole objective is to surpass their physical and mental capacities?

The first success of this strategy is the crossing of the English Channel by Mercedes Gleitze. As the Briton emerged from the water, the crowd, amazed by this record, also saw a small object that had brilliantly survived this adventure of nearly ten hours. The very first waterproof wristwatch in history!

Hans Wilsdorf does not stop at the success on the beach and announces the triumph of the Rolex Oyster on the front page of the London Daily Mail. Thus, the first pinion of the planetary success is posed!
Then followed other adventures at the limits of the human body and the mechanisms of extreme quality that accompany them. Historical events became the new relays for Rolex communication, bringing the dials to the ends of the earth. In 1935, Sir Malcolm Campbell broke the land speed record by driving his Bluebird at more than 485 km/h with a Rolex on his wrist.

With its global resonance, the ascent of Mount Everest by Sir Edmund Hillary and Sherpa Tensing Norway not only propelled the Oyster Perpetual to the pinnacle of fame, but also contributed to the development of the Explorer. The factory equipped other Himalayan expeditions to test its timepieces in the extreme conditions of high altitude. Seven years later, the Rolex Deep Sea Special was attached to the bathyscaphe guided by Don Walsh and Jacques Piccard and descended to a depth of just under 11,000 meters into the Mariana Trench. It remains intact and keeps its accuracy.
This experience is much more telling and spectacular for the public than watches in aquariums in the window, but Rolex has done both! While these feats constantly arouse curiosity, the public wants to get closer to these technical ingenuities. And the choice is wide: the Datejust in 1945, the Submariner in 1953, the GMT-Master in 1955, the Day-Date the year after, to name a few.

If the history of Rolex seems to be a success story without fault, an event is about to weaken the company. In 1960 Hans Wilsdorf died in Geneva.
He left behind him the Hans Wilsdorf Foundation, owner of the company, and an empire with a crown that could have been lost in the competition, but this was without counting on André Heiniger, who took over the governance of the group with an iron hand, or at least steel.
It was he who made the strategic decision to remain faithful to the mechanical watch, while quartz models were making the watchmaking industry more and more practical. That said, the Oysterquartz was still launched in 1977, but you have to test to refuse, don’t you? The next change of direction will be taken by his son, Patrick Heiniger, who radically changes the company structure through a vertical integration of suppliers.

While other directors will take over, Rolex continues to follow its passion for perfection, revisiting its traditional timepiece models with contemporary designs and innovations.
It may seem paradoxical, but the craze and the exponential popularity of the manufacture are such that Rolex is probably the watch brand that has the most copies!
If the counterfeiting is denouncing, it nevertheless proves that the empire built by Hans Wilsdorf has become a true representation of success, which the world wants to be part of! 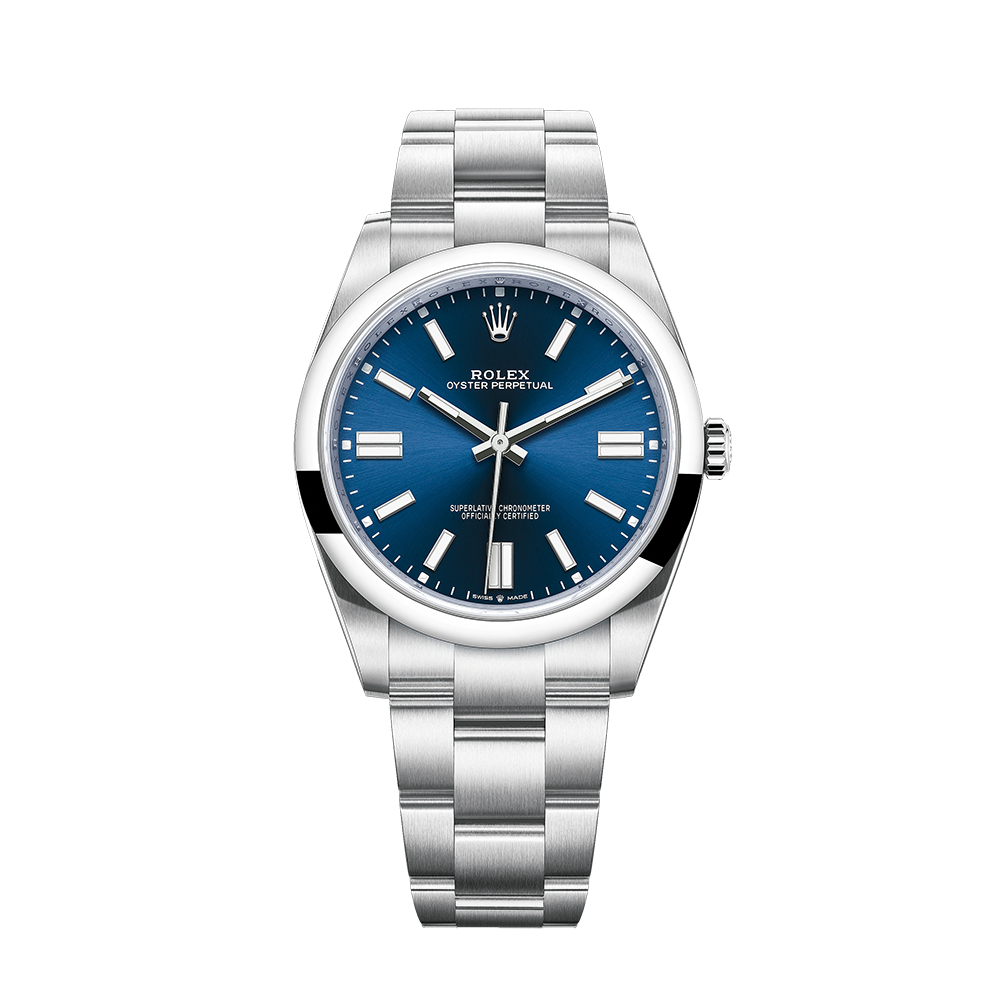 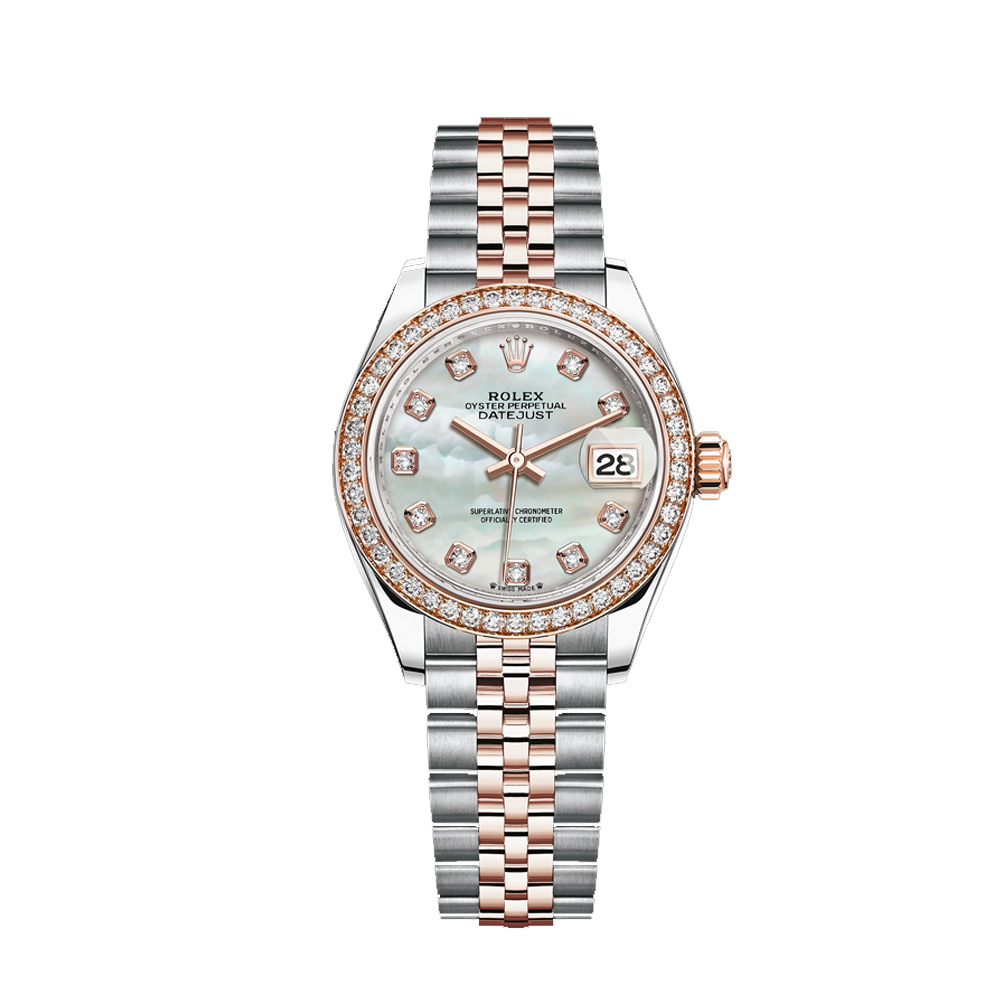 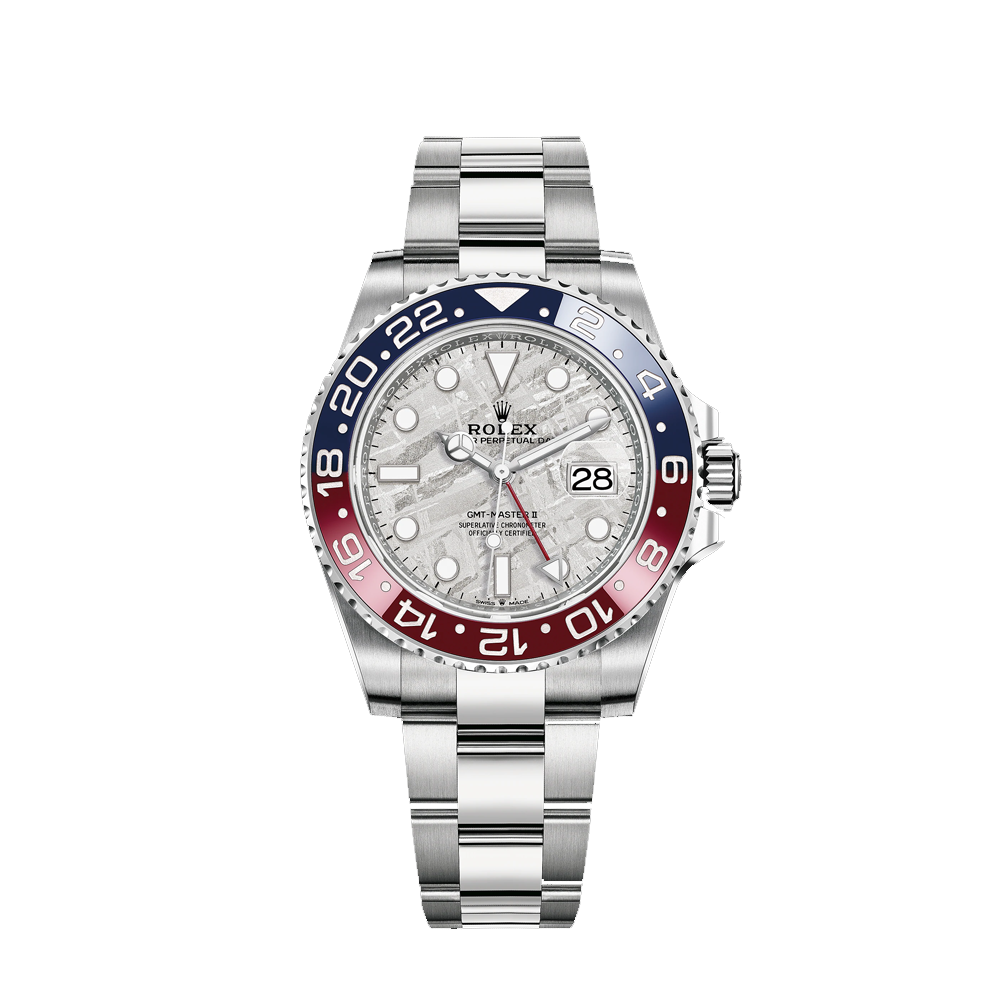 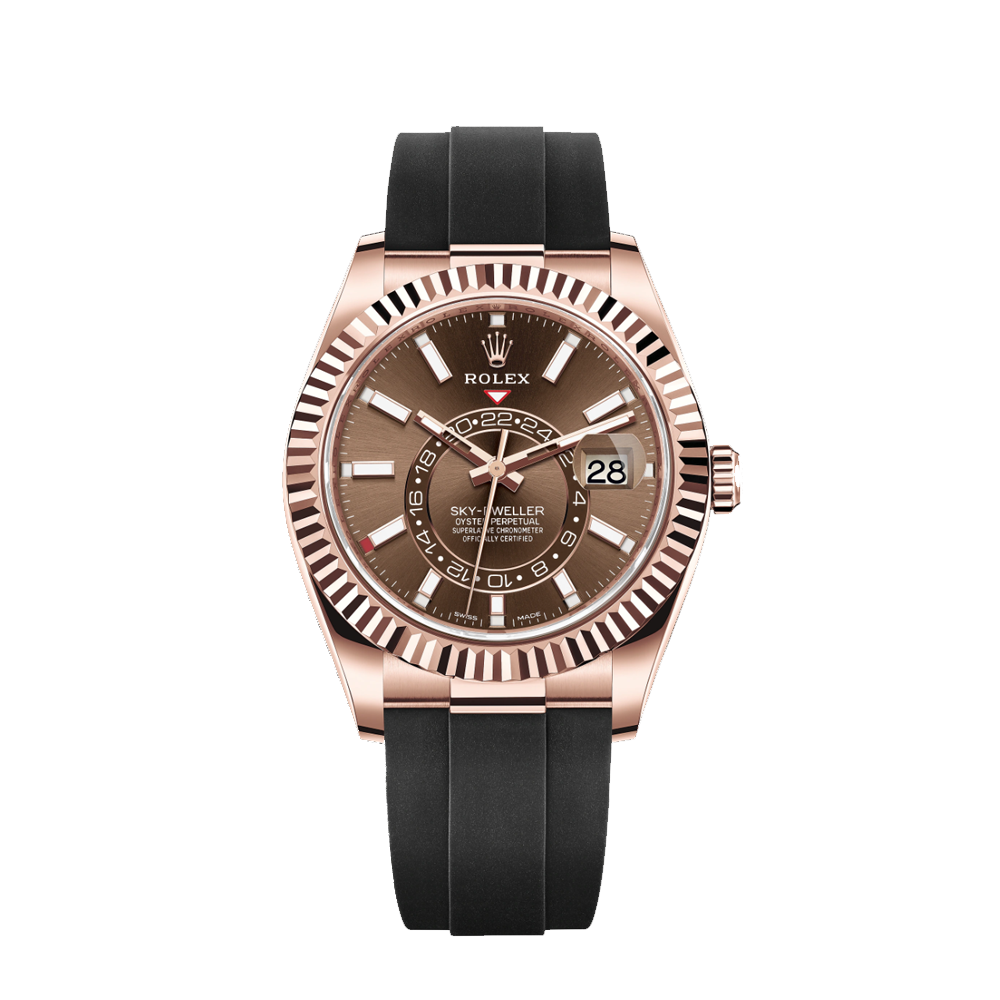 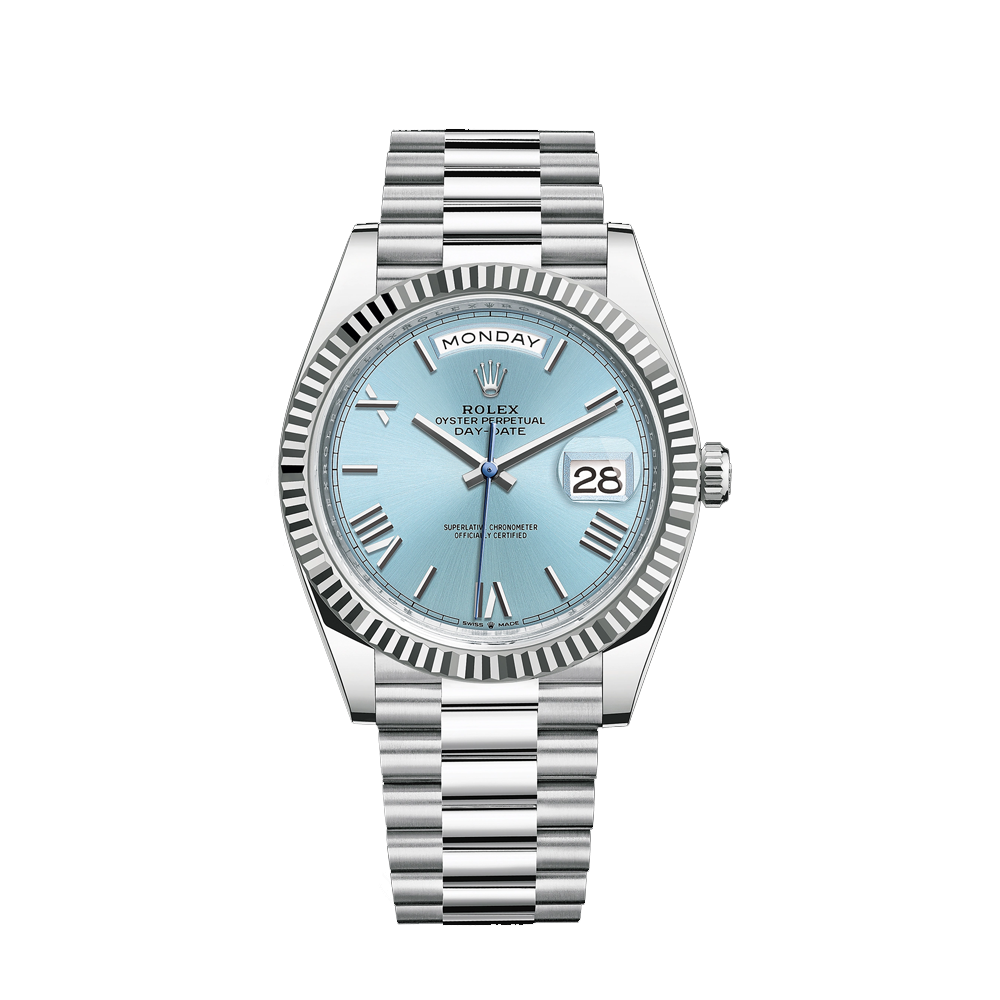 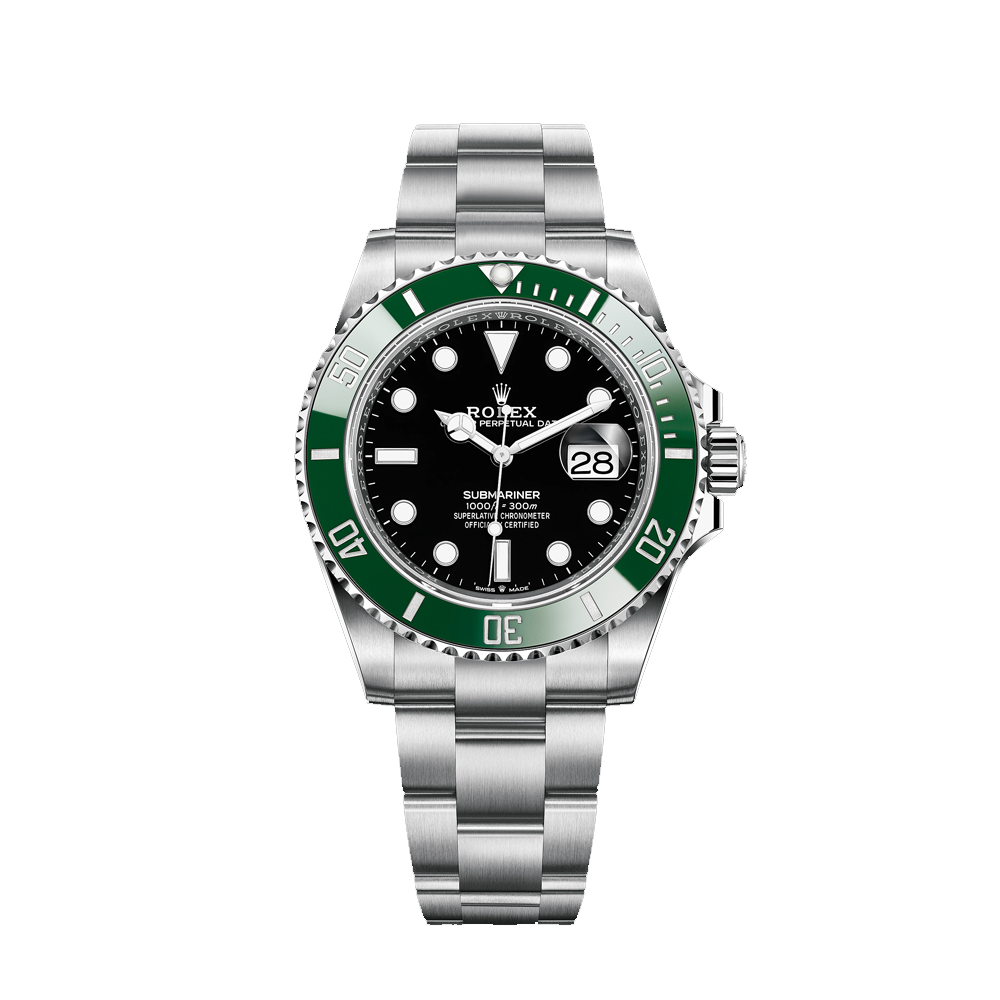