With a production of nearly 70,000 watches and as many pieces of jewelry annually, Chopard remains a fervent defender of the meticulous know-how of watchmaking and the ancestral values of this intangible Swiss heritage.

82 carats of diamonds light up her wrist, 43 embrace her neck and 14 sparkle from her earlobes. But behind this bewitching jewel lies Paloma, a determined CIA agent, ready to embark on adventures far more dangerous than they appear. Played by actress Ana de Armas in the 25th installment of Agent 007, No Time to Die, she combines strength and delicacy, like the gems that grace her look. Rising to the level of high jewelry, these pieces are signed Chopard, Green Carpet collection. But it’s no coincidence that this House is setting the tone on the red carpet today.

As the official sponsor of the latest James Bond film, the Swiss company did not stop at this loan. For the occasion, it has also designed a Happy Hearts – Golden Hearts collection, which brings together two highly symbolic elements in the adventures of the double-zero agent: on the one hand, the shape of the heart, whose origins can be traced to the Latin word cor, translated as courage, and the precious metal, a common thread running through previous episodes such as Goldfinger, The Man With the Golden Gun and Golden Eye. But the appearance in this Hollywood blockbuster is only the visible tip of this iceberg of fame. The tangible triumph of a brand that carries more than 160 years of fiery creativity and sparkling audacity. A century and a half of ups and downs, of difficult decisions and promising new directions, of moments of doubt and extremely thoughtful actions, which have propelled the Geneva-based House into the international spotlight.

Between Chopard and Scheufele

The history of the Chopard group is above all the history of two families who did not know each other. Separated by the border and a little less than 500 kilometers, they evolved in parallel, each in their own field: the Chopards in watchmaking, the Scheufele in jewelry. And this until 1963. But let’s not get ahead of ourselves in this family saga, we are still in 1860 in the Bernese Jura, in Sonvilier to be precise.

Encouraged by his father, the young Louis-Ulysse Chopard launched his small watchmaking factory in 1860. A talented craftsman of only 24 years of age, he made his reputation with good quality watches, in other words, very flat pocket watches for everyday use. The reputation of the Swiss watchmaker was forged quickly, almost to the rhythm of the ticking clock. After having seduced the Swiss railway company, his reputation led him from Scandinavia to the court of Tsar Nicholas II.

Fifty years apart, in 1904, another young prodigy of 27 years old created his watch and jewelry company under the name of Eszeha. A pioneer and avant-gardist, he found an ingenious way to transform a pocket watch into a wristwatch, patented in 1912. But if the name of this brand will not go down in history, the family name of the founder, Scheufele, will be forever linked with the luxury industry. The years passed, the generations of the two families succeeded one another at the head of the two companies, each passing on their know-how and taste for quality. But the family oscillation finally came to an end at Chopard. As the House moved to Geneva under the impetus of Paul-André Chopard, grandson of Louis-Ulysse, its future was never more uncertain. The verdict was clear: none of his children wanted to take over the family business. A sale was the only solution to keep the business going, but it was important to know who to sell to. You will have understood, it is at this moment that the destiny of the two protagonists of this story will unite in a common vision. Well, not without a little twist, of course! At the same time, Karl Scheufele III, 25 years old at the time, had a precise idea: to acquire a watch factory in Geneva to develop his own movements of very fashionable jewel watches. A guarantee of Swiss quality. What could be simpler than going directly to the city of Calvin to meet potential sellers? On his list was Chopard, but despite repeated dial taps, the phone rang in the dark. But this story would not be told if there was no follow-up. Finally, on the last day, one Sunday, as Karl Scheufele was driving back to Germany, Paul-André Chopard picked up the phone! The meeting will take place and in half an hour, the matter will be closed! Thus, 100 years after its creation by the Chopard family, the House begins its new cycle with the Scheufele family. The clan will transform the factory of five craftsmen into an international brand with nearly 2000 employees. But who are they?

The art of jewellery

The Scheufele couple, Karin and Karl, decided to settle in Switzerland, thus entering the very popular circle of Geneva watchmakers. The company moved to Meyrin to expand and the couple decided to combine the historical production of watches with the development of new jewelry watches. In fact, their first collection of women’s watches turned heads both literally and figuratively. Born in 1976 from a very ingenious and avant-garde idea, Happy Diamonds makes small diamonds wriggle in shamanic dances. Enough to hypnotize the competition! The secret of this elegant playfulness? Two transparent sapphire crystals that allow the gems to float. Moreover, these bursts of freedom will also invite themselves into the belly of a clown figurine, imagined this time by the couple’s daughter, Caroline Scheufele, in 1985. Very symbolic, this Happy Clown will touch two stones at once: on the one hand, the beginning of Chopard’s jewelry adventure and on the other, the involvement of the new generation of Scheufele at the head of the House. While Caroline will make the jewelry and women’s collections sparkle by launching new aesthetic trends, her older brother, Karl-Friedrich, will work on the creations dedicated to men with virtuoso avant-gardism. In a precise and coordinated movement, hand in hand, they will lead the brand from the red carpet of the Cannes Film Festival – by redesigning the Palme d’Or and creating the Chopard Trophy to support promising young artists each year – to the circuits of the Mille Miglia and the Historic Monaco Grand Prix.

Haute-couture watchmakingWhile the House was present on the watchmaking scene, notably with the release in 1984 of the first complication watch, Luna D’Oro, the real balance, finally turning, was achieved in 1996. Going back to its origins, Chopard set up a factory in Fleurier, in the Val de Travers, entirely devoted to the manufacture of L.U.C. mechanical movements, a tribute to the founder. This strategy enables the company to ensure its independence through vertical integration, while at the same time fully mastering the authentic know-how and quality of the Swiss watchmaking industry. Going in this direction, the company has also contributed to the creation of the Fondation Qualité Fleurier certification, which attests to the Swiss origin of watch pieces and guarantees the excellence of its characteristics. But the family wants to go further.  It is not enough to seek perfection in the finishing touches, the raw materials used must also be up to the Scheufele values. Sustainable luxury and responsible sourcing are thus the new watchwords of Chopard. Today, this family spirit and this century and a half long heritage is passed on to the three children who form the third generation of the Scheufele family so that they can continue to guide the brand in its durability!

The three generations of Karl

If two flagship watches have not yet been mentioned, it is to be presented through a family history. Symbolizing the power of the mountains and the luxury of the resort of St. Moritz, the eponymous watch has not always held such a prominent place among the House’s classics. At the age of 22, Karl-Friedrich presented his idea for a steel sports watch to his father. To understand the impertinence of this gesture, one must remember that his father swore by the use of gold in the manufacture of the watch. A strong objection, of course! Supported by his sister, the young man decided to produce a prototype secretly, a winning strategy that eventually won over the family. This timeless timepiece of sober elegance was a success! The story would repeat itself some 40 years later, this time with his own son, Karl-Fritz, also 22 years old. Charmed by the pure design of his father’s first watch, he wanted to rework its design, bringing a touch of modernity while conceiving his strong attachment to the mountains. While his grandfather was delighted with the idea, his father was more reluctant, not seeing the point of a new collection. Ironic, isn’t it? Finally, the three generations will work together on what will become the Alpine Eagle. Inspired by the power of the Alps and the bird of prey that dominates them, it is made of a resistant and anti-allergenic steel specially developed, the Chopard Lucent Steel A223. The last piece to complete this collection in 2021, Alpine Eagle Cadence 8HF, is made of titanium. Finally, the circle is complete.

While the history of Chopard is closely linked to two families of tireless innovators and visionaries, the House that advocates Swiss Made excellence is today one of the last family businesses. Its success? A fusion between the steel of watchmaking traditions and a wind of creativity to the sound of floating diamonds.

“To succeed in one generation is one thing. Over three, it’s another matter.“
Karl-Friedrich Scheufele 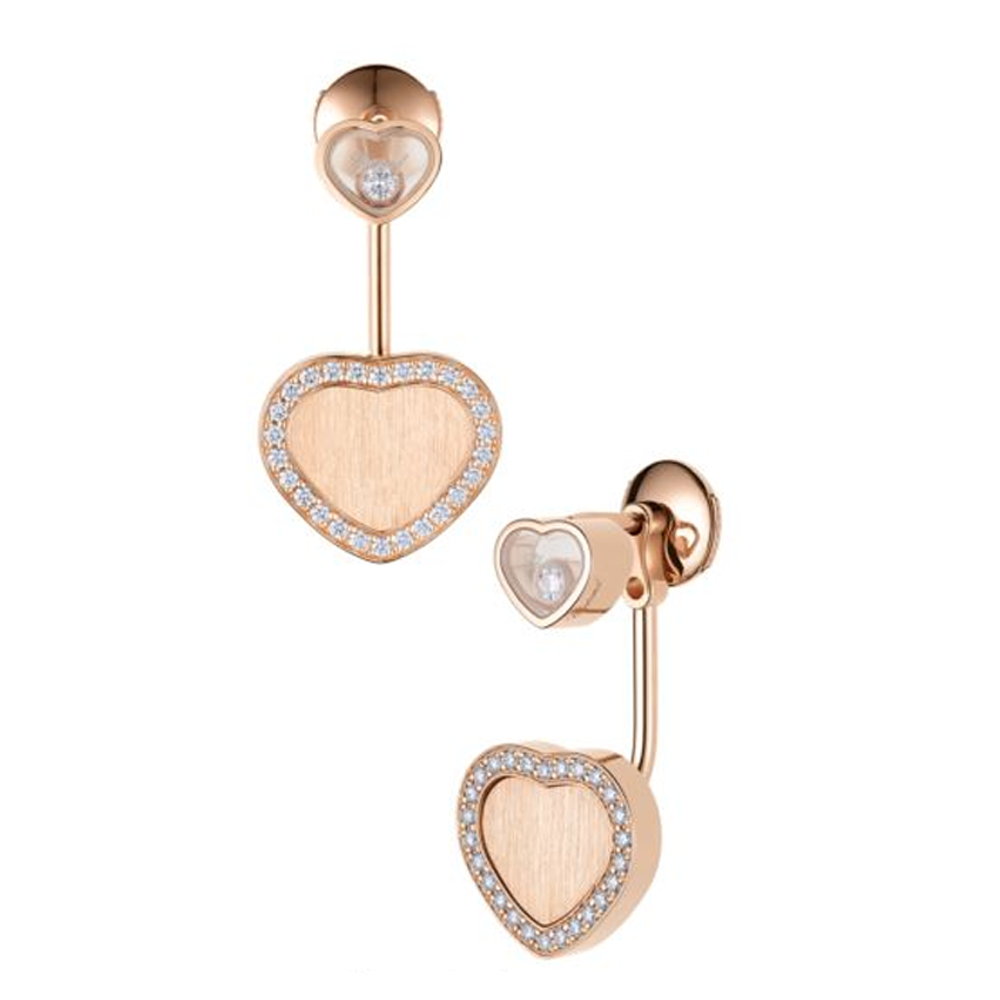 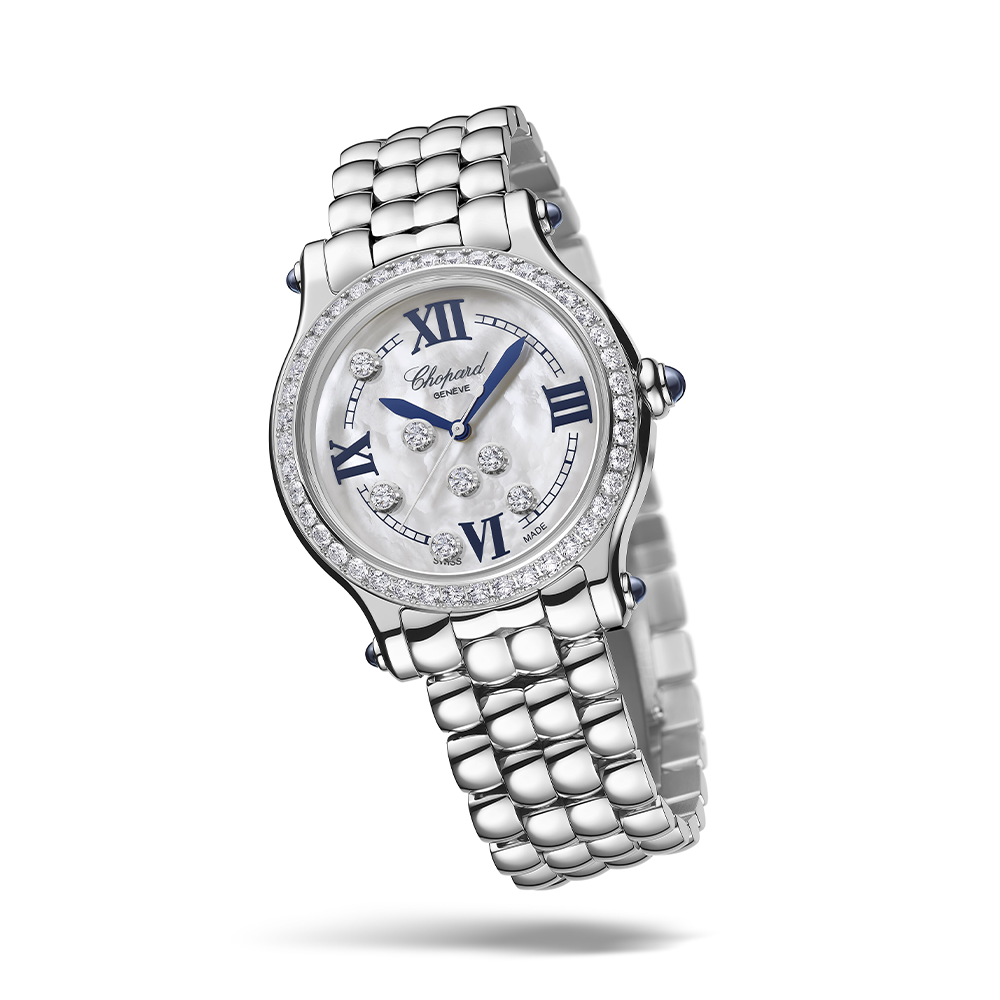 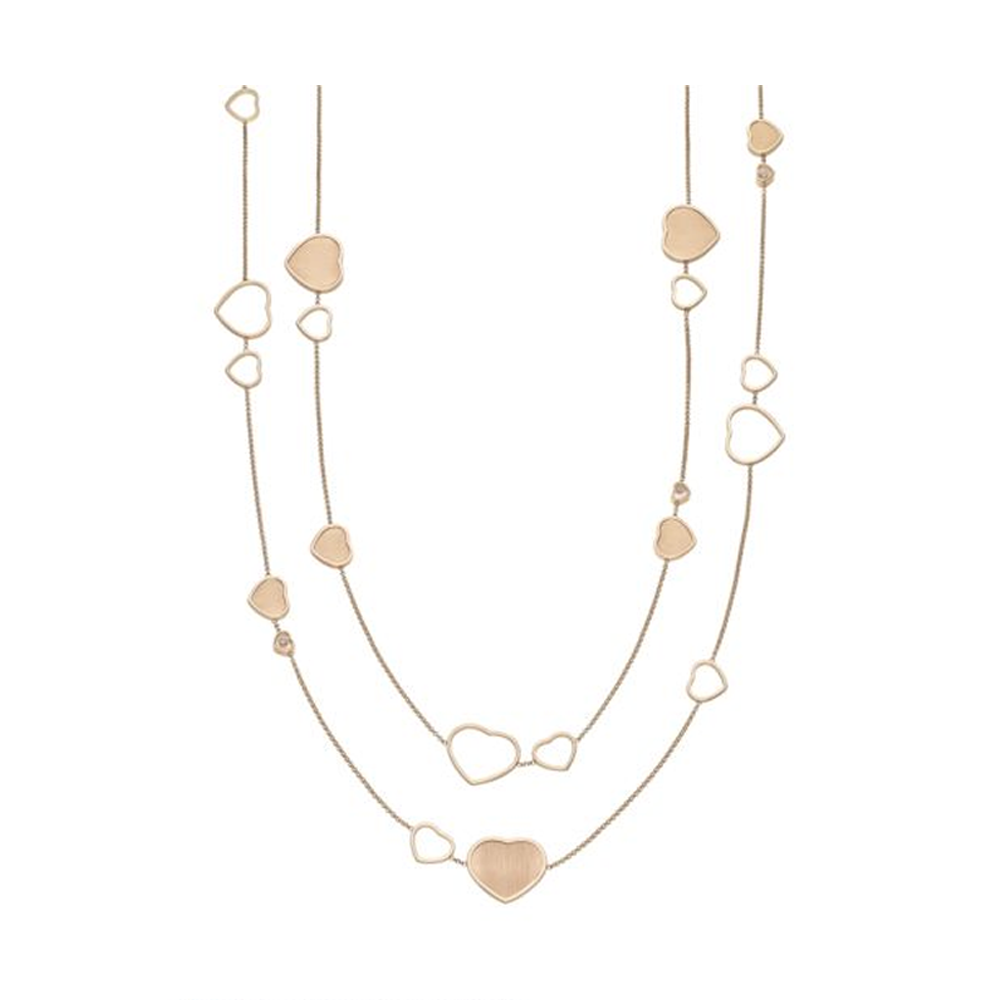 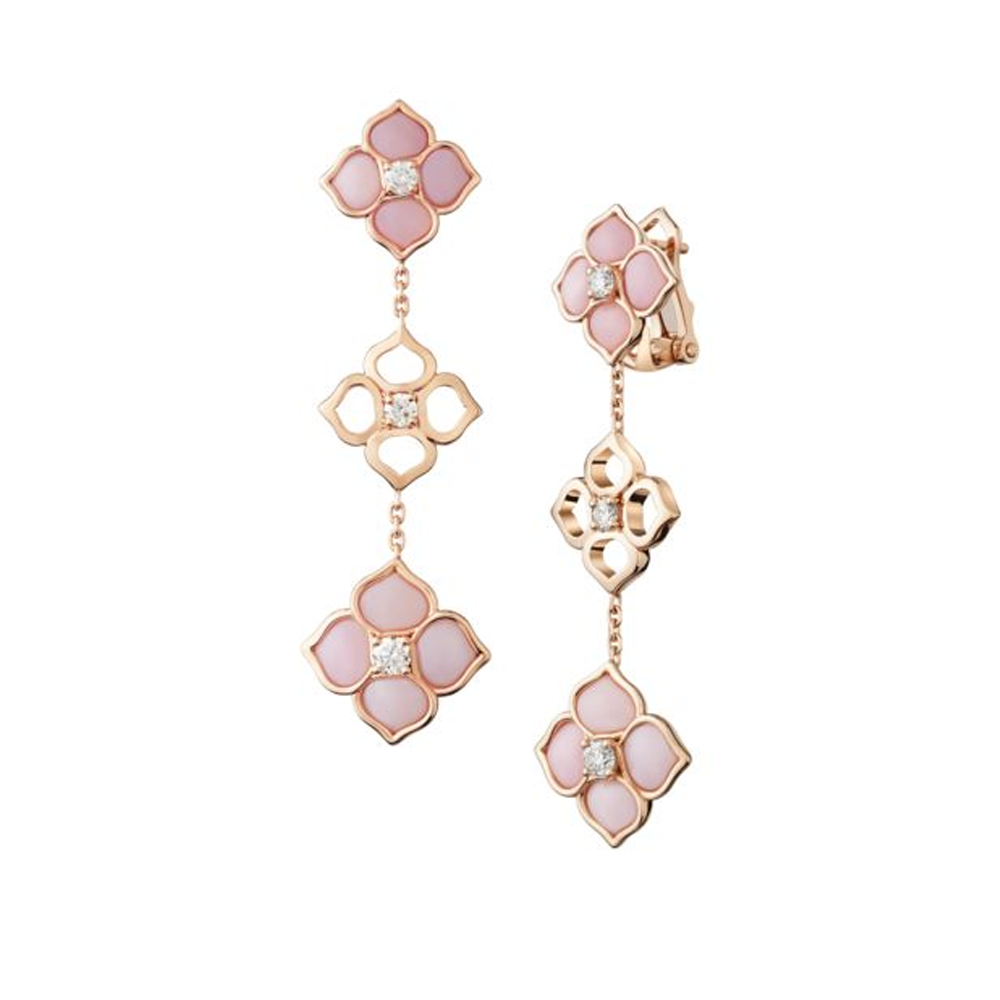 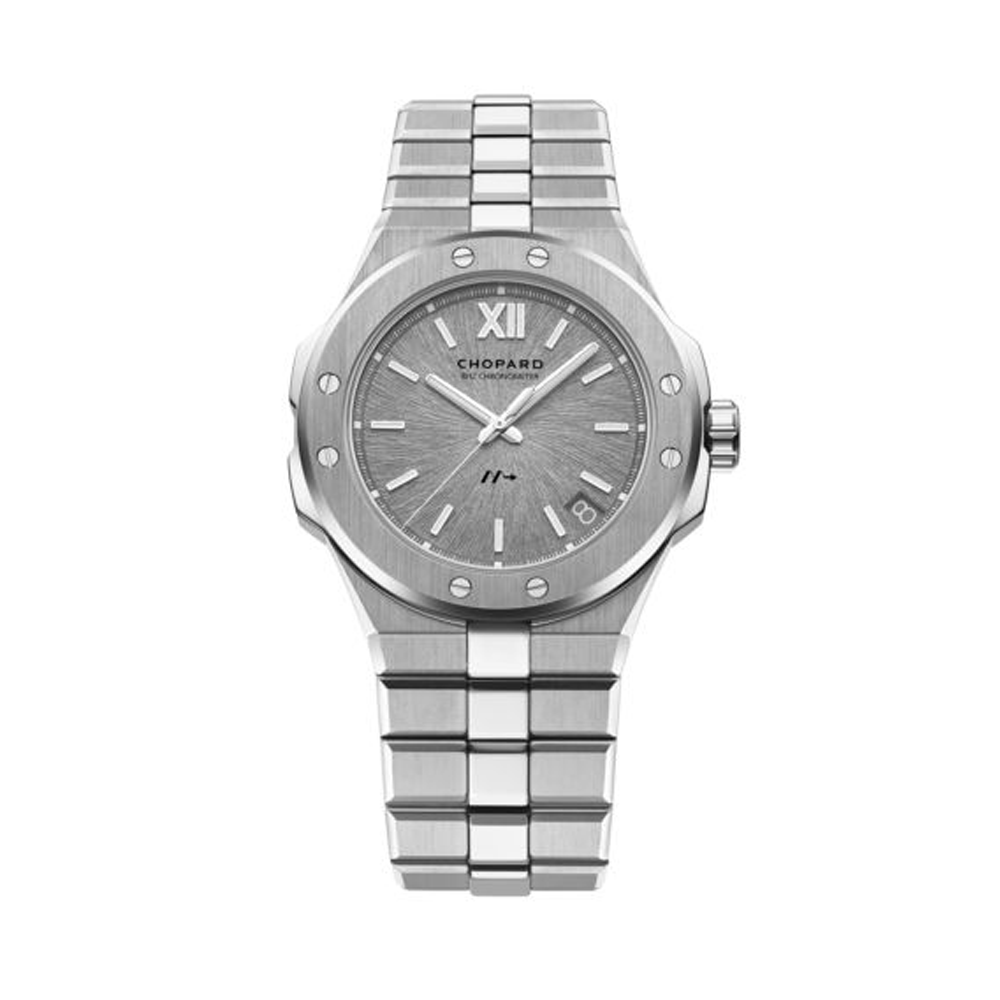 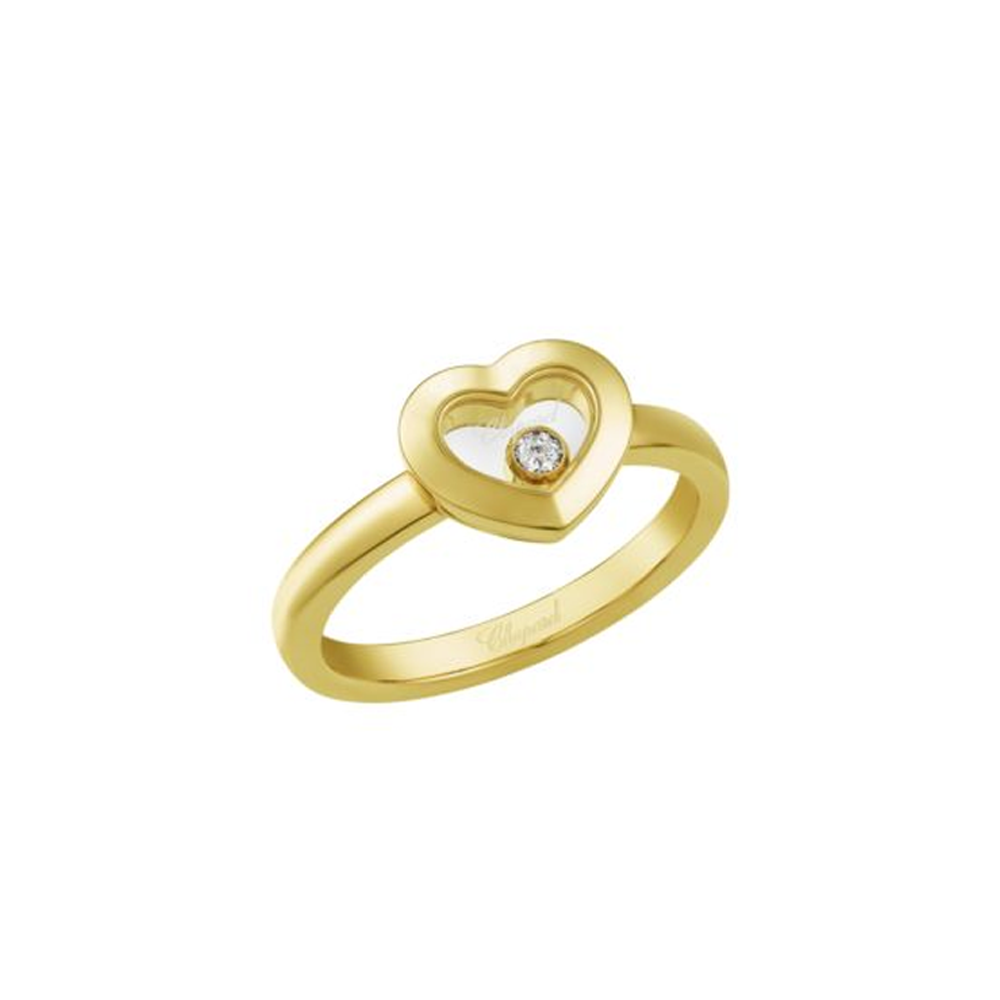 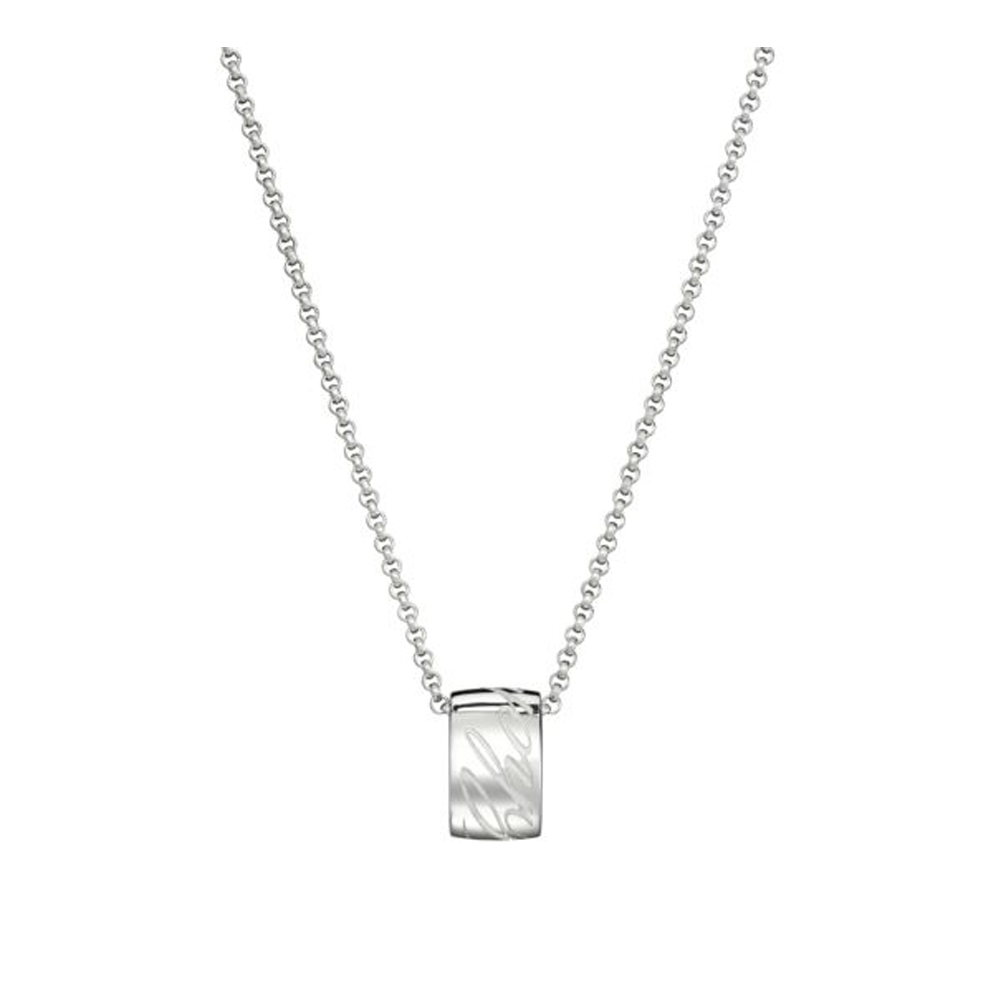 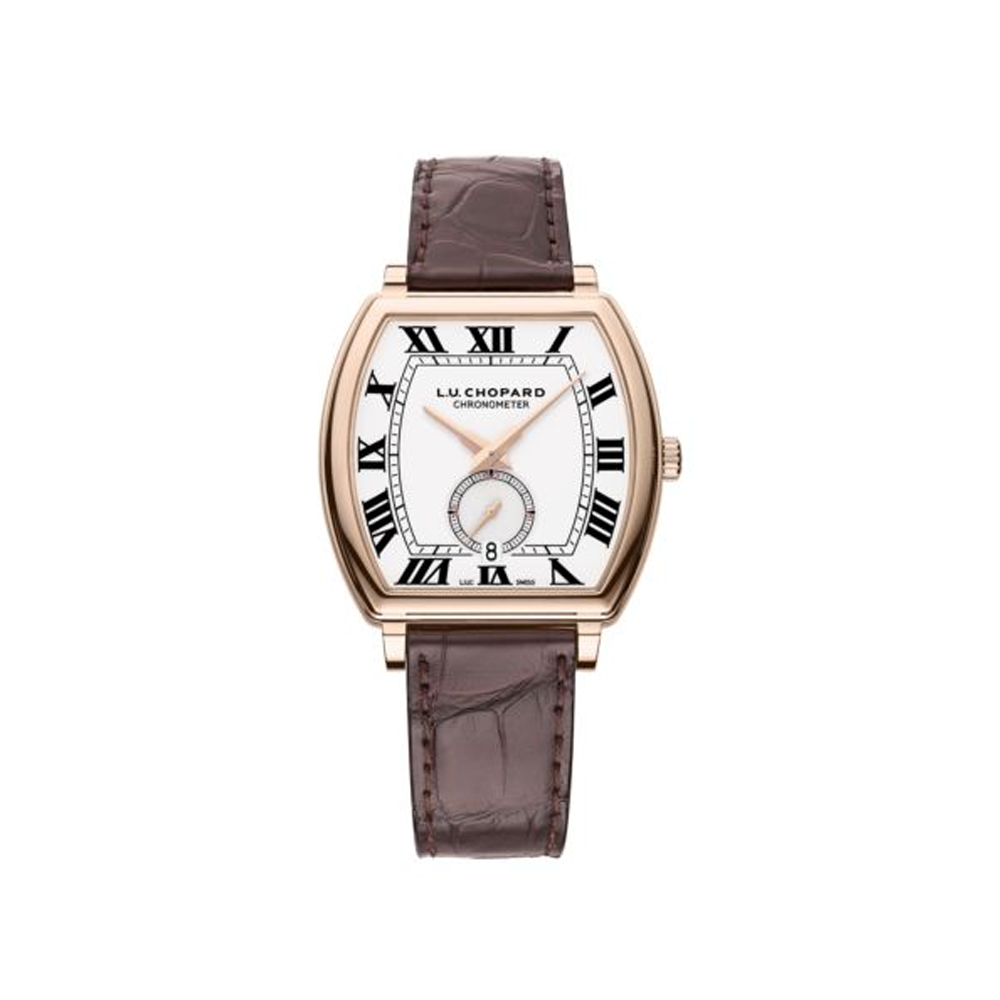 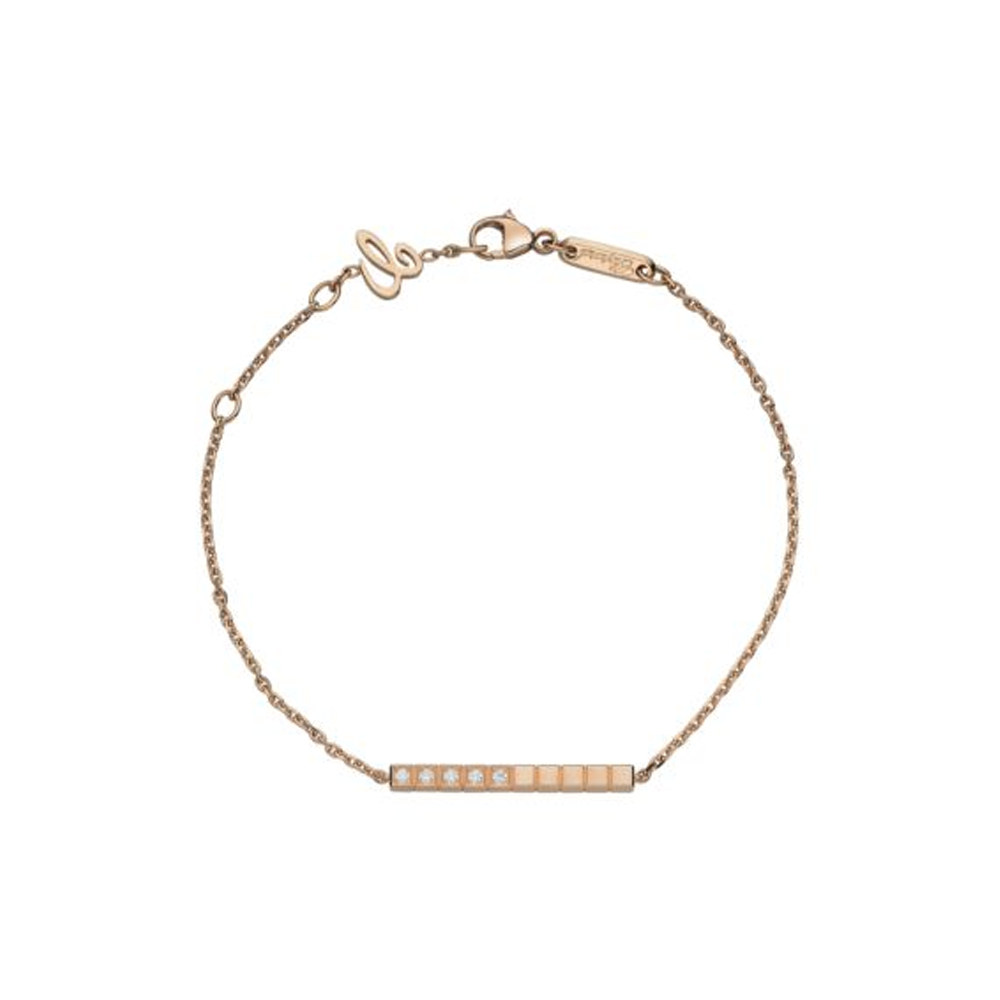